Get News Alerts on Marijuana Stocks

Potcast - cannabis news and stocks on the move

Marijuana Company of America (OTCQB: $MCOA) celebrates Cannabis Day on April 20th (4/20) by hempSMART™ offering its tantalizing CBD Drink Mixers to keep you hydrated and happy during your 4/20 festivities - April 16, 2020

The Path to New Drug Discoveries and Development with #Cannabis - November 21, 2017

Investor Ideas talks to Wil Ralston of SinglePoint (OTC: $SING) about Acquisitions, Payments in the #Cannabis Sector and Uplisting - October 19, 2017

#Cannabis Stock News: Healthtalk Live, Inc. (OTCQB: HLTK) announces that FINRA has approved the company's request to change its name to Right On Brands; The ticker symbol will also change from HLTK to RTON on the OTCQB market - September 13, 2017

Millennials Currently Account for 80% of All Cannabis E-Commerce and Delivery Purchases in California - September 5, 2017

How Cannabinoids can be used as Medicine and the Companies Developing New Drugs and Treatments - August 24, 2017

SinglePoint (OTC: $SING) and First Bitcoin Capital Partner Up In An Effort To Solve Payment Problems in the Cannabis Industry Through #Bitcoin and blockchain alternative payment technology - June 6, 2017

Investor Ideas talks to CEO SinglePoint, Inc. (OTC: $SING) about The Future of the #Cannabis Sector and How their Acquisition Strategy is Key to Growth - June 1, 2017

Investor Ideas talks to CEO of Nature's Dream about its marijuana strain finder app - Cannacopia - May 26, 2017

Canadian #Cannabis Stocks on a High as news of Potential Legalization by July 1, 2018 Incites Investors - March 28, 2017

Algae Dynamics Corp (OTCQB: ADYNF) Announces Research Agreement With University Of Western Ontario To Investigate The Use Of Cannabis Derivatives For The Development Of Novel Pharmacotherapies For Mental Health - March 13, 2017

Cannabis Investor and Expert Alan Brochstein, CFA, Talks about the Evolution of the Sector; the Risks and Opportunities - March 6, 2017

Be part of the 420 best cannabis investor ideas directory If you are a publicly traded company on any recognized stock exchange, a private company, a newsletter, equity research, technical trading site, or any company or service that is participating in the exploding legal marijuana market - tell investors your story.

Learn more about publishing your news

What does it cost?

Send us your company description, logo and info above for our directory to this email

Once we have your PayPal payment we will publish your profile and issue a press release the following day announcing your company on the directory.

Disclaimer: This directory is not a recommendation to buy or sell securities or products or services

Disclosure: Companies Featured on the 420 Cannabis Investor Ideas have paid a one-time fee of Up to $1000 to be featured on the directory

Aphria Inc. (TSX: APH.TO or USOTCQB: APHQF) is a leading global cannabis company driven by an unrelenting commitment to our people, product quality and innovation. Headquartered in Leamington, Ontario - the greenhouse capital of Canada - Aphria has been setting the standard for the low-cost production of safe, clean and pure pharmaceutical-grade cannabis at scale, grown in the most natural conditions possible. Focusing on untapped opportunities and backed by the latest technologies, Aphria is committed to bringing breakthrough innovation to the global cannabis market. The Company's portfolio of brands is grounded in expertly-researched consumer insights designed to meet the needs of every consumer segment. Rooted in our founders' multi-generational expertise in commercial agriculture, Aphria drives sustainable long-term shareholder value through a diversified approach to innovation, strategic partnerships and global expansion, with a presence in more than 10 countries across 5 continents

Algae Dynamics Corp (OTCQB: ADYNF), a development stage company focused on the commercialization of its proprietary BioSilo(R) cultivation and extraction system for the growth of algae strains for use in the food and health supplement industry.

420 Investor has been the leading source of information on publicly-traded cannabis stock since 2013, when Alan Brochstein, CFA became the first investment professional sharing his research on the sector with individual investors. More than a newsletter, 420i is a community that invites engagement from its subscribers, who comment on posts, participate in a weekly chat and participate in the Forum. The service includes timely news alerts, 4 model portfolios and trade alerts, weekly chat, 10 videos per week, a Forum, a weekly written summary and a monthly newsletter.

Viridian Capital Advisors, LLC (www.viridianca.com) is a financial and strategic advisory firm dedicated to the cannabis market. We are a data- and market intelligence-driven firm that provides investment banking, M&A, corporate development, and investor relations services to emerging growth companies and qualified investors in the cannabis sector. Our banking practice, through broker-dealer Pickwick Capital Partners, LLC, Member FINRA/SIPC, provides capital and M&A to fund the growth of our clients, while our advisory practice helps to position and build their businesses. Our team's decades of high level operating and transactional experience on Wall Street in a variety of emerging sectors, allows Viridian to provide comprehensive strategic and financial solutions that assist cannabis enterprises in realizing their full potential.

INTERPHEX Live: Medicine Authenticity: From Seed to Solution with Leaps in Cannabis Progress

New Frontier Data is an independent, technology-driven analytics company specializing in the cannabis industry. We offer vetted data, business intelligence and risk management solutions for investors, operators, and policymakers. New Frontier's data and reports have been cited in over 45 countries around the world to inform industry leaders. Founded in 2014, New Frontier is headquartered in Washington, D.C. and has an additional office in Denver, Colorado. For more information or sales inquiries, please visit www.newfrontierdata.com or contact James Ford at 703-843-6613 or jford@newfrontierdata.com

SinglePoint, Inc. (OTCQB:SING) has grown from a full-service mobile technology provider to a publicly traded holding company. Through diversification into horizontal markets, SinglePoint is building its portfolio by acquiring an interest in undervalued subsidiaries, thereby providing a rich, diversified holding base. Through its subsidiary company SingleSeed the company is providing products and services to the cannabis industry. www.SinglePoint.com

March 14, 2017 / SinglePoint, Inc. (OTCQB:SING) a holding company specialized in the acquisition of small to mid-sized companies, announces that it has closed its first round of funding to acquire a portion of Jacksam Corp., dba Convectium, the developer of a unique oil filling system poised to revolutionize the cannabis market. Convectium projects full-year 2017 sales of $3.5 million, a triple-digit increase over the year prior. The acquisition represents the first of many strategic investments SinglePoint intends to make to diversify its revenue streams in the multi-billion dollar cannabis industry. Full news: http://ir.singlepoint.com/press-releases/detail/96/singlepoint-inc-acquires-stake-in-convectium-deepens 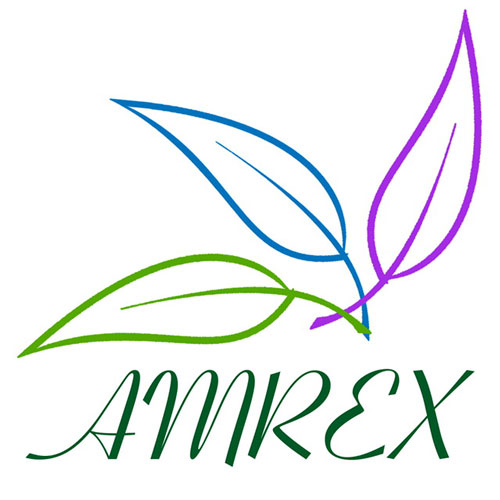 American Growth Fund Series Two (NASDAQ: AMREX) is currently the country's only Cannabis Mutual Fund. Headquartered in Denver, this diversified fund, focuses solely on the cannabis industry. Approved by the SEC, it invests in publicly traded companies in areas that support this exploding industry like pharmaceuticals, agriculture, hydroponic, equipment, to name a few.

Humbly Hemp is a product line of delicious hemp based products. The snack line will feature hemp and CBD based foods that will delight the palette of consumers and thrill retailers with America's fastest growing food category. A new CBD hemp based water line will be soon introduced sourced from an exclusive spring that is high in alkalinity and pure as the driven snow from where it came.

Scythian Biosciences Corp. (TSX.V: SCYB) is a pre-clinical research and development company that is in the process of developing drug therapies. The first project underway is the development of a proprietary cannabinoid-based combination drug therapy for the treatment of concussions and traumatic brain injury. In addition to this primary line of research and development, Scythian also intends to develop other potential cannabinoid and non-cannabinoid based pharmaceutical products, including one that is in development for treatment of gastro-inflammatory disease.

Veritas Pharma Inc. is an emerging pharmaceutical and IP development company, who, through its 80% owned subsidiary Cannevert Therapeutics Ltd. ("CTL"), is advancing the science behind medical cannabis. It is the Company’s aim, through its investment in CTL, to develop the most effective cannabis strains (cultivars) specific to pain, nausea, epilepsy and PTSD, solving the critical need for clinical data to support medical marijuana claims. CTL’s unique value proposition uses a low-cost research and development model to help drive shareholder value, and speed-to-market. Veritas investment in CTL is led by strong management team, bringing together veteran academic pharmacologists, anesthetists & chemists. The company's commercial mission is to patent protect IP (cultivars & strains) and sell or license to cancer clinics, insurance industry and pharma, targeting multi-billion dollar global markets.

Since opening the doors to the public in January of 2014, CannaSOS acquired over 315,000+ registered members, 970+ active business pages, 4,900+ marijuana strain database, 200+ social groups, 8,500+ user strain reviews, over 3,900,000 strain page views, 2380 posted advice Q/A, 3700+ posted articles, and much more. Our platform is continuously evolving, and we are working hard on developing and implementing unique products that will allow canna related businesses to promote their brands locally and globally.At CannaSOS, we hope to change the way cannabis enthusiasts interact with their peers and businesses. We provide users like you with a social platform where they can mingle and build connections, find and share marijuana-related information, search and review cannabis strains, and connect to 420-related businesses nearby and worldwide.

To learn about subscribing email: letstokebusiness@gmail.com